Los Angeles, CA: Tenants from Alexandria, VA and San Diego, CA addressed the University of California regents during the board’s quarterly meeting January 17-18 at UCLA. Tenants spoke about the increase in eviction filings at apartment complexes owned by private equity firms the CIM Group and the Blackstone Group, both of which UC is invested in.

Tenants also delivered an Eviction Notice to the CIM Headquarters at 4700 Wilshire Boulevard on January 17 at 10 a.m. 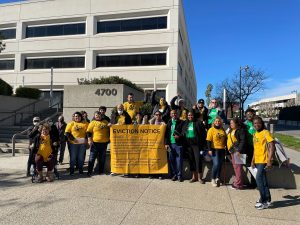 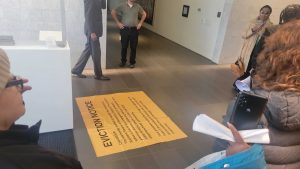 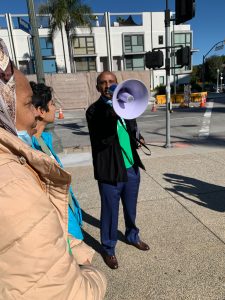 The University of California Endowment and Retirement Plan has invested: